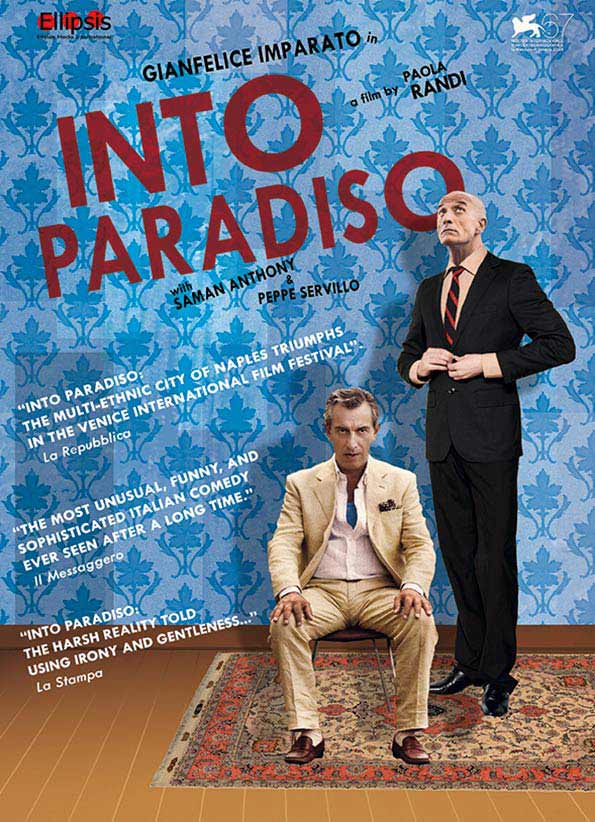 Alfonso is a Neapolitan scientist; he is shy and inept and has just lost his job. Gayan is a fascinating former cricket champion from Sri Lanka. Now penniless, he has just arrived in Naples in the belief that here he will find Paradise. Alfonso has spent his life studying cell migration and watching soap operas with his mother. Gayan has travelled and known fame, glory and money. What do these two men have in common? How can two such different people come into contact and how can their lives become so indissolubly bound? In a multi-ethnic Naples, Alfonso and Gayan’s lives become intertwined as they are forced to share a shack built illegally on the rooftop of a building in the heart of the city’s Sri Lankan neighbourhood. Because of a tragicomic misunderstanding, Alfonso needs to hide from a gang of mobsters and Gayan becomes first a hostage and then his only ally. And from this paradoxical cohabitation, a very special friendship is born, a partnership that gives them the courage to face their fate and change it forever.