AND PEACE ON EARTH 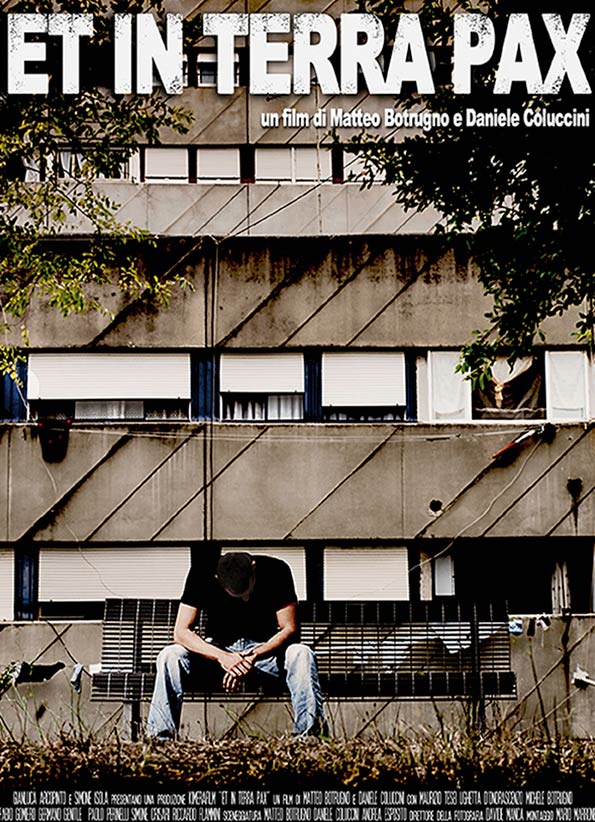 AND PEACE ON EARTH

In the distant outskirts of Rome, crime and drugs tie several -initially parallel- stories together which then become one.
Marco goes back home after spending five years in jail. He tries to rebuild a normal life and to avoid the illicit trades that caused his arrest and imprisonment. His attempts to forget his past and start a new life are, however, destined to fail. Marco lets his old friends Glauco and Mauro convince him to start dealing again. Thus, Marco falls back into the vicious cycle of delinquency and starts selling cocaine on the bench of a small park. This spot becomes a sort of island for him because it allows him to observe other people’s lives, reflect on his and ponder the events that will lead him to make his final useless sacrifice.
Sonia is a university student and works in Sergio’s gambling club. The efforts she hade made to study and become financially independent are all crushed by the cruel reality that surrounds her. Sonia’s friendship with Marco and her illusion of receiving some sympathy from Sergio, who is insensitive and indifferent, are enmeshed with her tiredness and resignation.
The third story revolves around three boys: Faustino, Massimo and Federico. They are all different from one another but are tied together by a friendship that makes them apparently invulnerable. The three boys become involved in a series of intertwined events which will cause them to fight against one another and against the harsh reality. The exchange of a moped for a bit of cocaine brings the three stories together in a dramatic manner. Once the main characters meet, they will leave a trail of fire, blood and violence behind them.