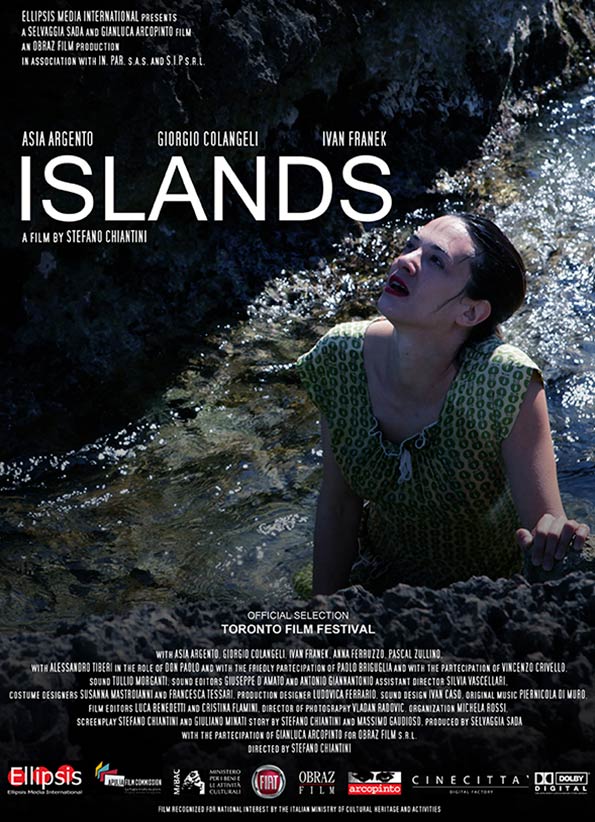 Islands tells the story of the meeting of three solitudes, and the first stirrings of a love born of shy glances and awkward approaches. The story unfolds under the roof of a parsonage on the Tremiti islands. Here, thanks to a series of coincidences, Ivan, an illegal immigrant; Martina, a young woman who has lost her ability to speak; and Father Enzo, Martina’s elderly guardian, will end up living together, all three of them unusual characters living on the margins of society. We will see their relationships growing almost effortlessly: the friendship between the old priest and the foreigner, but especially the love between Ivan and Martina, strongly opposed by the self-interested, mean-spirited environment that surrounds them. Yet amazingly, it is in the unlikely alliance with the old priest/putative father, initially outraged by and fearful of their love, who eventually has a change of heart and takes their side, that Ivan and Martina will find their only defender.  It is this alliance that legitimizes and dignifies their love.