The Dirties a world wide success 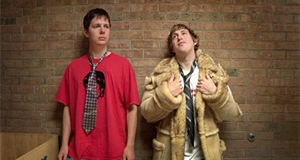 The international success of the Canadian film THE DIRTIES continues .

After the brilliant release in theaters in Canada and the U.S. , where the film was presented and distributed by Kevin Smith’s Movie Video and Canadian-based Phase4 , THE DIRTIES will be released soon in many other countries all around the world thanks to the efforts put in place by Ellipsis’ team leaded by Flavio Donnini.

Pulse Film , then it will be the turn of France, where the film will be released in June distributed by Contre-Allée, with a contract signed during the last edition of the EFM in Berlin.

At the same time THE DIRTIES will be presented in Scandinavian countries (Sweden , Norway, Denmark ) by Swedish Lucky Dogs.

During the last edition of EFM , Ellipsis signed as well a major contract with Korean Mano Entertainment, which will soon  release THE DIRTIES simultaneously in theaters and on VOD version on TV screens.

Next summer the success of THE DIRTIES will hit Australia where it will be released by Glass Doll Films , and Johannesburg South Africa by Bioscope Independent.