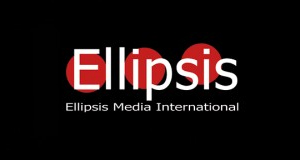 Ellipsis announce the  acquisition of  8 new titles. “Game Therapy” by Ryan Travis, an Italy/Usa coproduction, is a Sci-Fi for a young target audience, as well the animation film “Bangland” by the 23 yrs old Lorenzo Berghella, awarded at the last Venice Days with the “SIAE Prize 2015 for an emerging talent”,  a dark description of our society about religion, politics, war and terrorism. “The Math Gang” by Vincenzo Stango, is a funny history of mathematics, using a mix of genre from Sci-Fi to historical reenactment.  The others 4th come from the library of the production company Film Kairòs: “The summer is ending” by Stefano Tummolini; “Maledimiele” by Marco Pozzi; “As the Shadow” by Marina Spada; and the biopic “The Seventh Room” by Márta Mészáros, dedicated to the intense life of Saint Edith Stein. The last one is the Spanish film Hablar (Talk) by Joaquín Oristrell, an anthology film with 20 stories filmed in a single fixed shot, for a full immersion into the “today Spain”.